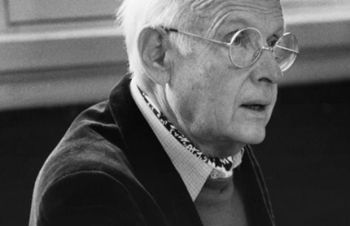 Henri Cartier-Bresson was born on August 22nd, 1908 in France. He was considered one of the major artists of the 20th century and was a pioneer of photojournalism. He came from a wealthy family where his father made fortunes as a textile manufacturer and was the eldest of 5 children.

He was educated in France where he studied literature and the Arts before beginning a two year gap studying painting under early Cubist, André Lhote in 1927. Later, he moved to Cambridge university to continue in courses revolving once again around Art and Literature.

In 1931 Cartier-Bresson travelled to Africa to hunt for boar and antelope. Although he never really took to the sport of hunting, being in Africa did spark his interest in photography. From then on he began experimenting with a box brownie camera given to him as a gift.

He’d say, "I adore shooting photographs," "It's like being a hunter. But some hunters are vegetarians—which is my relationship to photography." To the annoyance of his editors, it later became apparent that Cartier-Bresson preferred taking the photos rather than producing prints and showcasing his work.

Later that year, he bought himself his first 35mm Leica and took to taking photos in the simplest of ways. Being a naturalist, Cartier-Bresson didn’t care for editing the photos once the shot had been taken by means of cropping and/or darkroom affects; but that everything should be as required as the shot is being taken. He often carried around limited equipment such as a 50mm lens and possibly as 90mm lens.

Commercially, Cartier-Bresson was extremely successful and by the mid 1930’s he’d shown his work in major exhibits in New York, Mexico and Madrid. It is during this time that he befriended another photographer named Paul Strand who was experimenting in the art of film. Finding inspiration from Strand, Cartier-Bresson took to working with French film maker Jean Renoir. He worked for a few years here and helped in the production of films such as Renoir’s most critically acclaimed, La Règle Du Jeu (1939).

After his escape from a prison-of-war camp in 1943, he created a photo department for the resistance and then after the war had come end he was commissioned by the United States to direct a documentary about the return of French prisoners.

His other successes in photography include:

- His photos of Mahatma Gandhi and subsequent documentation of his later death.

- Teaming up with Robert Capa, George Rodger, David 'Chim' Seymour, and William Vandivert in 1947 where he founded Magnum Photos, one of the world's premier photo agency. Which he later quit. 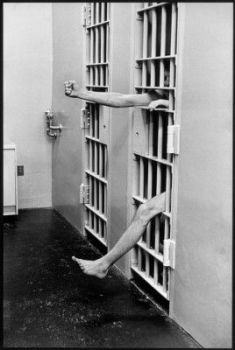 - In1952 he published his first book, The Decisive Moment, a rich collection of his work spanning two decades.

- Travelling around the world to capture all manners of history. He was there for the Spanish Civil War and the Chinese revolution and he also documented George VI's coronation and told the story of Khrushchev's Russia. Among other events.

In 2003 he and his family took an important step in securing his legacy as an artist with the creation of the Foundation Henri Cartier-Bresson in Paris to help preserve his work. A year later he died on August 3rd, 2004.

"To take a photograph is to align the head, the eye and the heart. It's a way of life"