The pitfalls of out-of-date slide film.

All film has an expiry date. Some more forgiving than others like black and white film. This can be used years after the expiry date and still produce great results. Colour film will keen its integrity for quite a time many years for major branded film like Kodak or Fujifilm however slide film is a completely different matter.

E-6 slide film is temperamental at the best of times in the processing of the film and especially the handling and storage. It is not advisable to use the film much beyond the expiry date.

There are many things written about adding a stop of exposure to compensate for the out-of-date nature, however this will not actually make any difference to the end result for any of the out-of-date film that you might use. The first thing you will notice with slide film is the blacks in the film. A properly exposed and processed in date slide film with have good blacks, if you hold the film up to a light you should not be able to see through the unexposed parts of the film (the black areas). 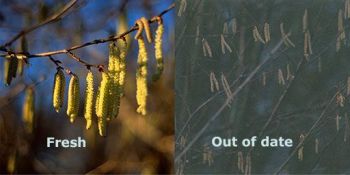 With age the emulsion of a slide film will deteriorate so much faster than a negative film and the black areas are the first signs you will notice. They become lighter and the film will show less contrast so with the light bulb test you will clearly see through the film. The blacks become almost milky in appearance. The next visual sign is the colour balance. It is more apparent in the cheaper brands of film that the colour balance starts to shift. Again E-6 film processing has to be done in a consistent manner. The film has to be processed at 38 degrees and the timing of each stage is critical to the second. The PH value of the water can have an effect on the colour balance and if the exact amounts of chemistry are not used this will alter the contrast and the colour balance of the film also. E-6 chemistry has a very short life also so it cannot be kept for much more than two weeks as a made-up solution. 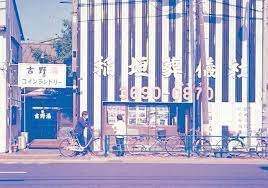 With out-of-date film the colour balance will drift as the layers   that make up the emulsion deteriorate and start to merge. The   first signs will affect the yellows in the film so the look of the   photographs will take on a bluish pinky tinge as the yellow   layer suffers. But more obvious will be the loss of contrast in   the blacks.
Post processing of the film becomes difficult with the reduced   contrast it's difficult to obtain a really clean crisp image with   muddy highlights and milky blacks. The colour balance can be   adjusted to a certain degree but never really back to how it   should appear with fresh film.

With many outlets selling out of date film we would always urge a note of caution particularly when it comes to out-of-date slide film. We would not advise processing it as a slide film as there are alternative methods that could be applied to give you satisfactory results even with the film being expired. 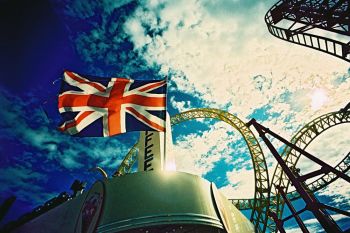 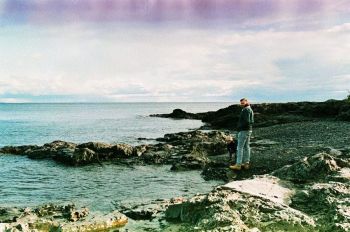 Our advice is to research the date of all slide film if you want   to use it like it was intended in the first place and if there is any   doubt about the age of the film then avoid the expense and   waste of time to get far from acceptable images from it. Or   proceed if you want to treat the film in a different processing   method as described earlier.

Don't be fooled if the film is cheap and looks like a bargain!   there is often a reason for that and it will be at your expense in   terms of the cost for one and the end results secondly. Things that look too good to be true often turn out to be that way.

Look out for the signals, slide film is marked as process E-6 or AP-44, it is normally called Chrome or will have CT on the box in the case of old Agfa film. Lomography might sell you this film at a vastly over inflated price and call it some sort of creative name just like a brand of their film which is actually standard colour negative film loaded into the cartridge backside towards the lens and you are advised to over expose the film by three stops to compensate!! There are better ways to be creative in post processing than wrist an expensive journey down a dark hole in experimentation. Keep inside the guidelines purchase in date slide film and you will end up with good results. If you want to purchase out of date film then consider one of our alternative suggestions so as not to be disappointed.